One of the most vivid memories I had as a child watching "The Wizard of Oz" was the gorgeous, but deadly poppy field. Even now, watching that scene unfold always gives me a shiver.
I think it's partly the way the Wicked Witch of the West murmured. "poppies, poppies...." as she cast her beautiful, awful spell.
The deep, rich color of the flowers, the swaying stems, the inevitable descent into slumber of Dorothy and her friends. It's surprisingly disturbing.
Shivers, I tell ya.
I always wondered, what would have happened to Dorothy if Glinda screwed up and made it rain instead of snow? What if she was distracted by misbehaving munchkins and missed the whole 'falling asleep in an opium poppy field' thing?

Maybe Dorothy woke up on her own a changed person. Maybe she found herself in a waking dream, forever altered, longing for home but unable to leave the field? 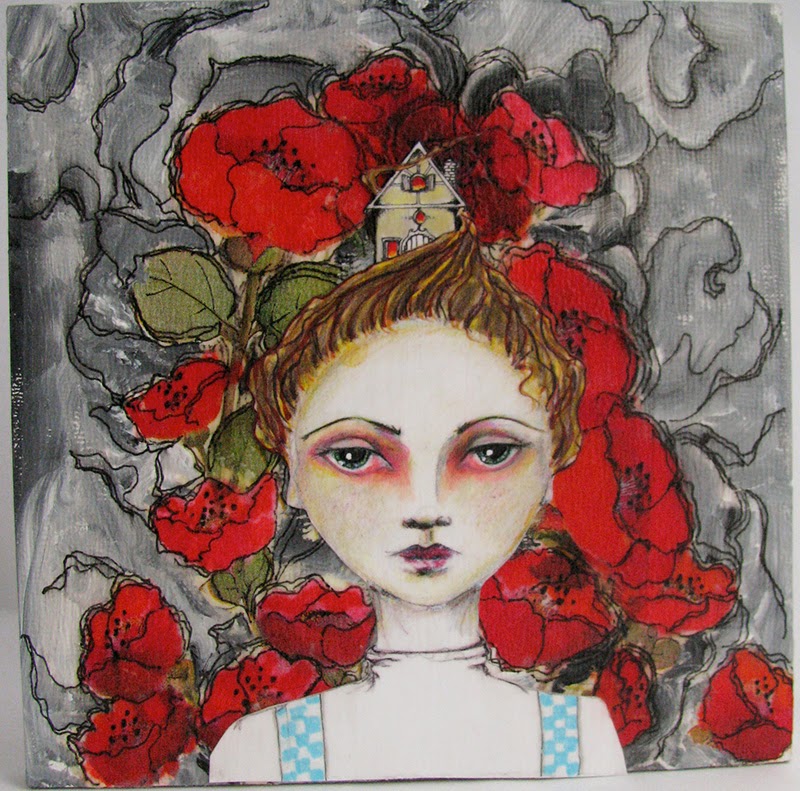 Mixed medium canvas on 6x6 hardboard. The poppies are from a napkin I tore up, pumped up the color on the poppies with copic markers and applied to the canvas with matte medium. I painted the background with Mars black and titanium white acrylic paint...just dragged my brush across both colors and then swirled it around the canvas. 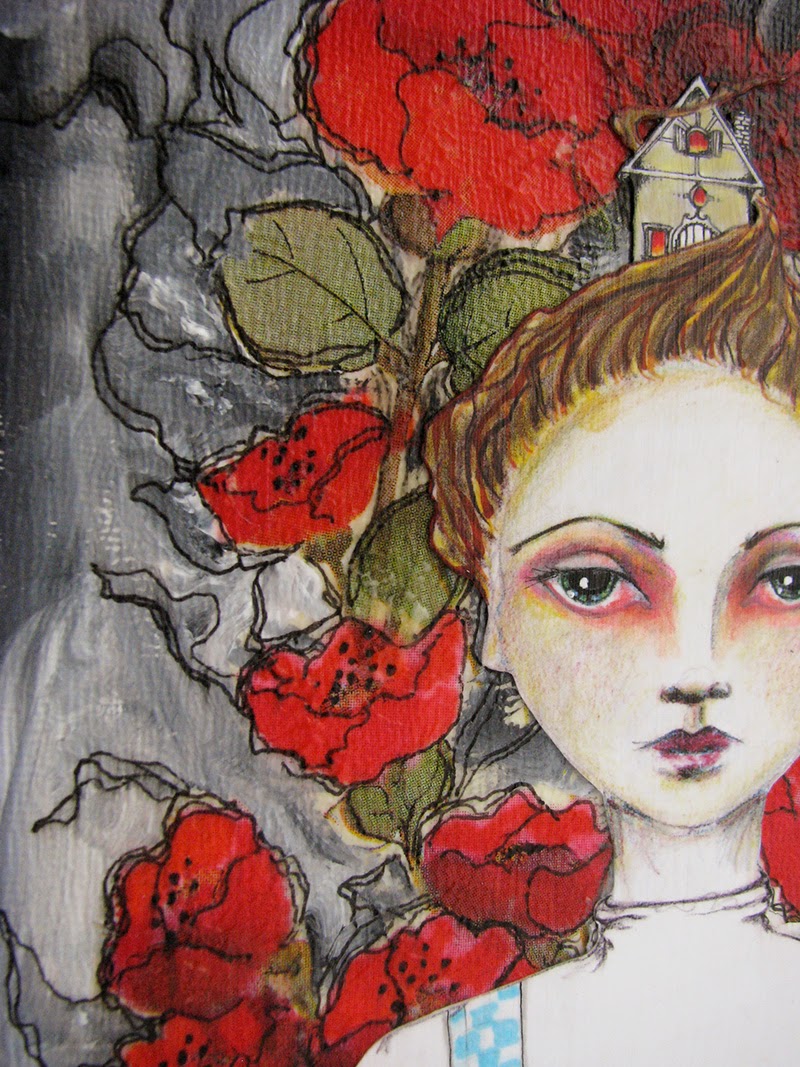 After the paint dried, I used a permanent black marker and drew around the poppies and the swirly bits of paint until I felt like it was enough. 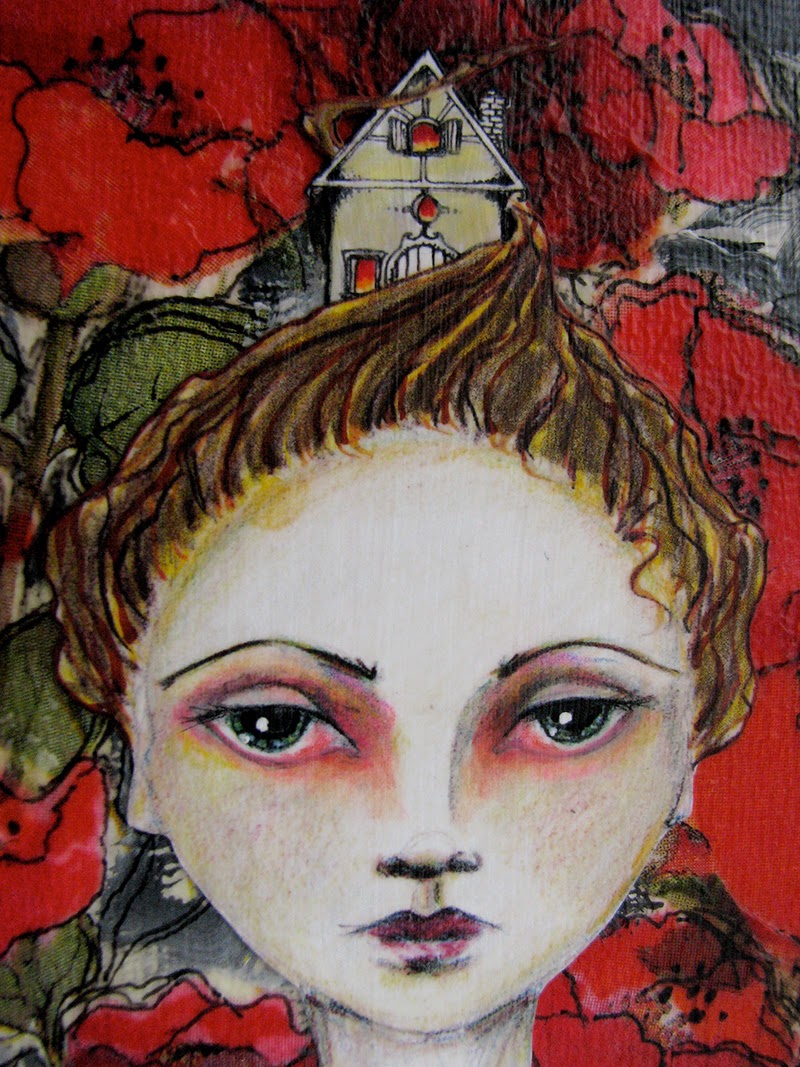 The 'Dorothy' I used here is a drawing I did about a month ago and scanned into my computer.  I've been having a blast finding different ways to apply her image to things (see her HERE as a couple of altered art dolls).
I cut her image out and used colored pencils to give her a sickly pallor.
I applied her to the canvas using matte medium and then gave the whole piece a good coat to seal it up.

Thank you Oma Linda for hosting this awesome, fun blog party!
For links to all the other party goers, click HERE.
There are some wonderful folks over there eating h'ordeuvres and sipping beverages...go on over and say hello! 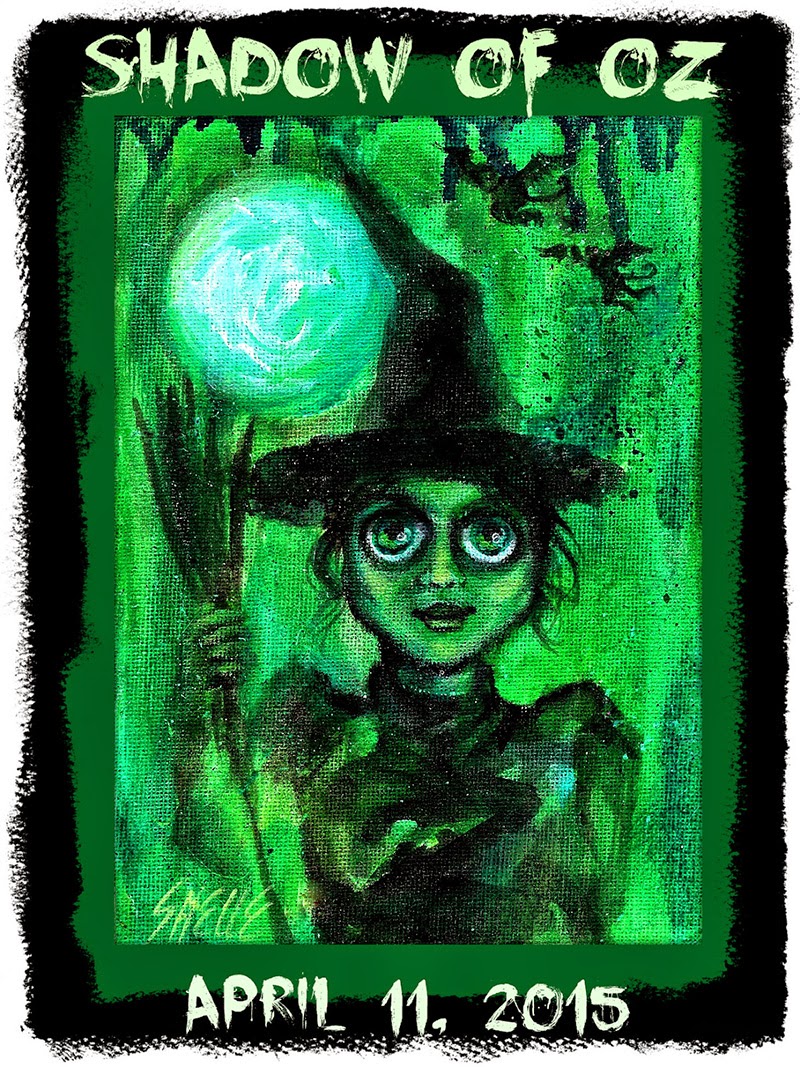 Tin of the Month Club, April

So far, this year seems to be flying by! Here's my entry for April. We've got daffodils blooming all over the place, perfect inspiration! 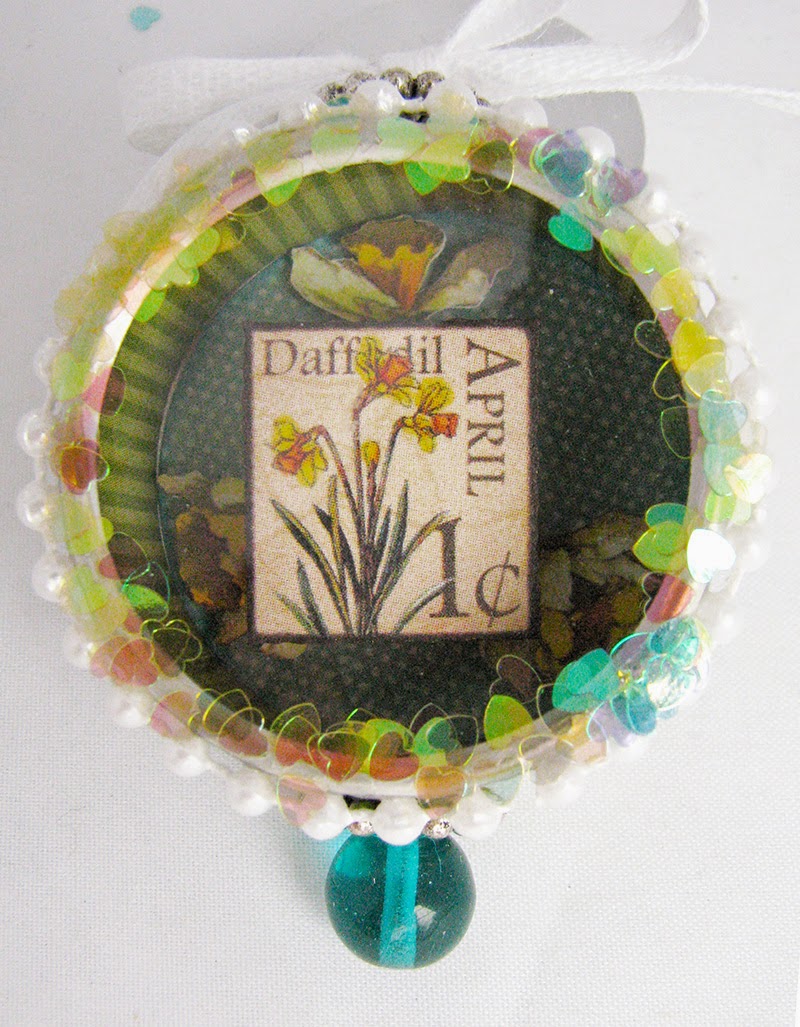 For a look at the last three months, go HERE. Thanks for stopping by!
Posted by L Mahaffey at 6:53 AM 4 comments: